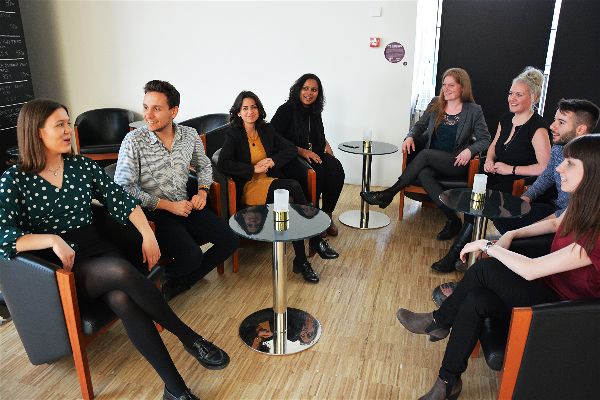 The Student WG met in Graz, Austria in the beginning of November to work further on increasing student voice in the AEC. Next to building a network through which student representation can be promoted in each of the AEC member institutions, students will be more visible in the AEC community and events. The students already contributed to the Learning and Teaching Platform LATIMPE in October and were increasingly visible during the AEC Congress. During several AEC Congress sessions, including the Panel Discussion with Politicians and the session Power relations in the one to one teaching model, participants could enjoy the contributions of the Student WG.

On Saturday 10 November, in parallel with the General Assembly of the AEC, all the students met in the building of the student representation in Graz. They discussed their experience in attending sessions and participating in the Congress as well as meeting directors and other delegates. They hope that in the coming years the AEC student network will be further developed as to exchange ideas and address challenges. After an afternoon of fruitful discussion, all took a Student Handbook, their experience of the Congress and new ideas home.

As Eirik Birkeland, AEC president said during the plenary session, “There is no way back” to an AEC were students were not represented. Increasing involvement of the students will be on the agenda of the next meeting of the Executive Committee. In the meantime, AEC encourages students and directors to contact the Student Working Group at studentworkinggroup@aec-music.eu for questions, ideas and contact details of the student representatives at their institution.