The National Academy of Music -Sofia is a higher education musical institution. The aim of the NAM is a professional training in all areas of music art. 3 levels of degree programs– Bachelor’s (4 years), Master’s (1, 2 or 5 years), and Doctoral (3 years). 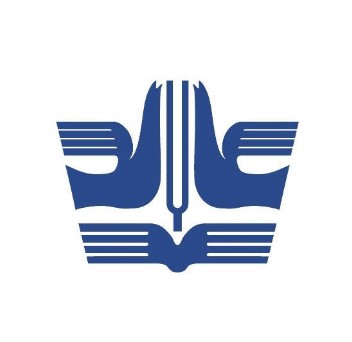 The most prominent figures of the musical art in our country became teachers then: Dimitar Radev, Petko Naumov, Henrich Wisner, Ivan Vulpe, Nikola Stefanov, Ivan Tsibulka, Todor Torchanov, Ivan Torchanov, Dobri Hristov, Vasil Stoin, Nikola Atanasov, Andrey Stoyanov . Among her first graduates are personalities such as Lyubomir Pipkov, Asen Karastayanov, Veselin Stoyanov, Svetoslav Obretenov, Filip Kutev, Marin Goleminov, Panka Pelishek, Tamara Yankova, Tsvetana Tabakova, Vasil Lolov, Mihail Balkanski, Vasil Chernaev, Georgi Zlatev-Cherkin. The focus of the pedagogical and creative activity of the Academy is the classical musical heritage, and together with this priority is given to the emerging Bulgarian composers. It was at this time that the first scientific research appeared, primarily in the field of musical folklore.

In 1954 the State Academy of Music was renamed the Bulgarian State Conservatory (BDK) and was restructured into three faculties: Theoretical-Compositional and Conducting, Instrumental and Vocal. In 1955, a staff choir and a staff symphony orchestra (successor to the ASO) were established, necessary for the educational work in choral and orchestral conducting. The Opera Studio (1950) and the Educational Opera Theater (1964) were founded at the Vocal Faculty - today the Educational Musical Theater. Postgraduate master classes at the Vocal and Instrumental Faculty provide further qualification of graduates. In 1995 BDK adopted the name of the State Academy of Music "Prof. Pancho Vladigerov ” in honor of the famous Bulgarian composer and pedagogue, and in 2006 became the National Academy of Music" Prof. Pancho Vladigerov ".

To this day, the Academy retains its structure of three faculties. Teachers in it are prominent musicians and music researchers, whose professionalism is measured by their presence on the international music scene and active scientific exchange. This is a prerequisite for the quality of education and an incentive for student development.

The NAM studies over 90 specialties, whose programs are periodically updated according to modern educational, creative, scientific and pedagogical standards. Students are given the opportunity to regularly perform at concerts and stage productions, to participate in scientific forums and to publish in the publications of the Academy - printed and electronic. In addition to the educational process, numerous master classes and extraordinary lecture series are organized by prominent Bulgarian and foreign musicians and musicologists.

Due to the specifics of music education in the NAM, lectures on the main specialties of students are held individually. Extreme attention is paid to self-preparation, as well as to the practical application of the acquired knowledge. Students participate in a training orchestra, course choir, training musical theater, chamber ensembles. At the disposal of the training conductors are the Academic Symphony Orchestra, the Chamber Choir "Prof. Georgi Dimitrov ” and a Mixed Choir.

The Academy has its own publishing house and its own printed edition - the Almanac, a successor to the Yearbook published in the past. The materials from the annual scientific conferences are published in the series "Academic Spring Readings", "Integral Music Theory" and "Doctoral Readings". In recent years, many projects have been funded to enrich music theory knowledge - monographs, music editions, textbooks and teaching aids are published. A special electronic edition for student research is the Studentum opera scripta.

The NAM has 3 concert halls, 2 organs (one in the big hall and one small for educational work), as well as many high-tech equipped auditoriums.

The National Academy of Music is the richest specialized music library in Bulgaria, a member of the International Association of Music Libraries. The library has over 100,000 books and music editions and over 17,000 sound recordings. Under a national license he gets access to scientific information through the developed and maintained for this purpose world databases - Science Direct, Scopus, Web of Knowledge, Web of Science. To achieve more complete information security, the Library provides access to JSTOR (digital repository of academic journals from around the world) and Oxford Music Online through a subscription paid by the Academy. The NAM also has a contract with the American company Alexander Street Press (part of ProQuest) for access to its music collections and for the introduction of works by Bulgarian composers - professors at the Academy.

NAM is in contractual creative relations with foreign universities of music and is increasingly expanding the range of contacts and cooperation. Provides active mobility and exchange of students and teachers under the ERASMUS program.