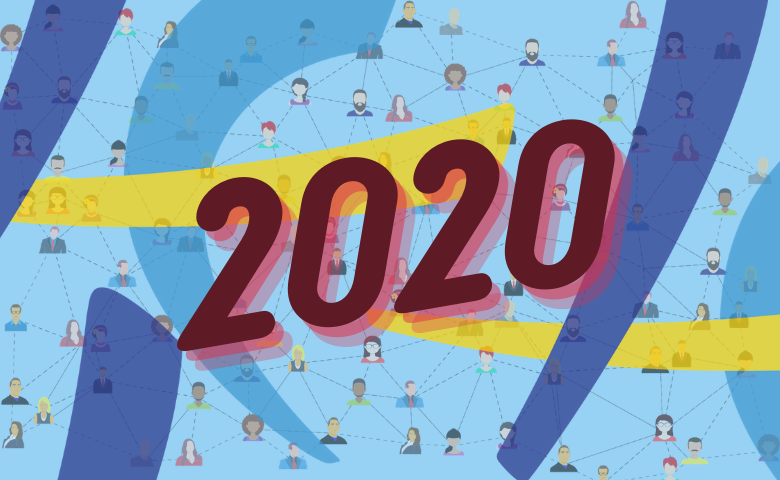 This year, which has been a very special year in many respects, is coming to an end, and it is therefore time to draw a conclusion, but also to give an outlook on what lies ahead in the next few months.
As far as it is about the European institutions, with the outset of 2021, Portugal will according to the schedule take over the presidency of the EU Council after six months of German presidency. This German presidency of the Council undoubtedly fell into a politically challenging phase, which was not only coined by the COVID crisis, but also more recently by the dispute over the rule-of-law package deal and the Brexit showdown. It can without any doubt be noted to be a success resulting from the German presidency that finally a solution could be found that, even if it does not solve the dispute about the rule of law as such, at least postponed it such that the urgently needed money from both the regular EU MFF (Multiannual Financial Framework) budget and the money from the Corona Recovery Fund, can be released. And this is also a success that is crucial to the arts, culture and educational sector, because it finally allows to launch the next round of calls for application for Creative Europe (art and culture), Erasmus plus (education) and Horizon Europe (research) funding programs.

It is worthwhile to remind at this point that, in the context of the negotiations on the funding of these programs within the framework of the MFF 2021 to 2027, the Erasmus+ and Creative Europe budgets have been increased significantly compared to the previous budget period. Even if the ranks of those who are eligible to apply for these funds has been expanded (among others, for the first time ever architectural projects can be granted by Creative Europe), more money will in the end go to art, culture and higher education than in the past. Unfortunately, this does not apply in the same way to the research sector, because the Horizon Europe program is unfortunately affected by cuts compared to its predecessor program Horizon 2020. In the last mile, a joint resolution was launched on this issue, which was signed by the most renowned players in the field, including the AEC. We are happy to call on our members to join this campaign as individual HEIs. It should by the way be noted at this point that we were not very happy that this resolution, in terms of style and language, gave the impression that it was primarily about the natural sciences. This is certainly a point to be worked on in the future. After all, the AEC, together with other organisations and actors from the field of art and culture, succeeded in implementing a cluster at its own entitled ‚Culture, Creativity & Inclusive Society’ in the new Horizon program – a remarkable success of persistent advocacy.

Of course, the year 2020 was overshadowed by the COVID crisis. Suddenly it became apparent what had been a problem already earlier: the deficient social security that a career in the art and cultural sector entails; the unresolved remuneration of musicians who provide their artistic work via streaming etc. Since the beginning of the current legislative term, it has become increasingly clear that art and culture are receiving strong support from among the members of the European Parliament (e.g. through the cross-party initiative of the Cultural Creators Friendship Group, CCFG), whilst it is comparatively difficult to make the voice of culture to be heard within the European Commission. This is certainly not the fault of the acting Commissioner for Innovation, Research, Culture, Education and Youth, Mariya Gabriel, who – especially in comparison to her predecessor in office – has done a good job so far and can point to some successes. It is rather due to the structure of the commission and the distribution of individual areas of responsibilities between the commission on the one hand and the nation states on the other hand. In this context, however, it must certainly be noted to be one of the disappointments about the performance of the German Council Presidency that an initiative put forward by the European Parliament to earmark part of the funds from the COVID Recovery Funds was not really supported by the German Presidency.

What is the outlook for the new year?

On the one hand, it will be about taking measures on several levels to make the letter A in the acronym STEAM even more visible and to sustainably anchor it in the minds and hearts of political decision makers. It was one of the great successes of AEC's advocacy activities in recent years to add the A standing for ‚The Arts’ to Sciences, Technology, Engineering and Maths as key subjects within general education. Now it is about raising public awareness of this.

Another key issue will be to ensure that we keep in touch with our British partner institutions – regardless of what the legal situation will be on 1 January 2021.

Last but not least, we will try to help ensuring that also those who earn their living with art and culture and who have so far had insufficient access to state aid under the pandemic, will actually benefit from the COVID Recovery Funds once it comes to be granted by the national governments. However, we must also be aware that this is a task that must now primarily be performed at the level of the nation states.