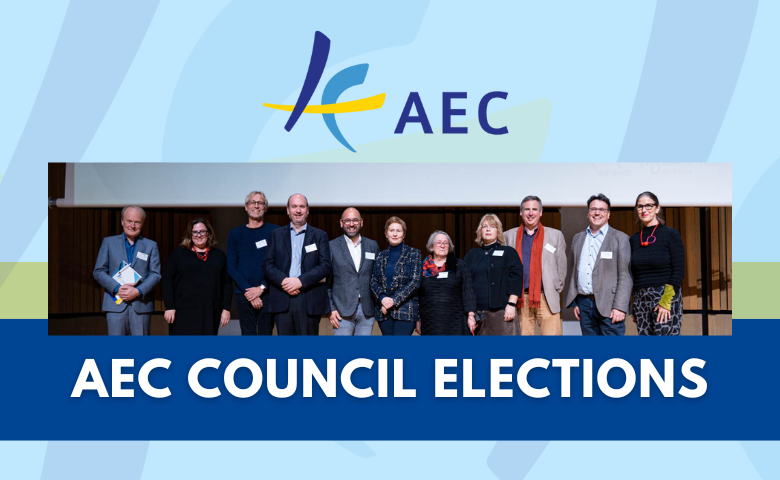 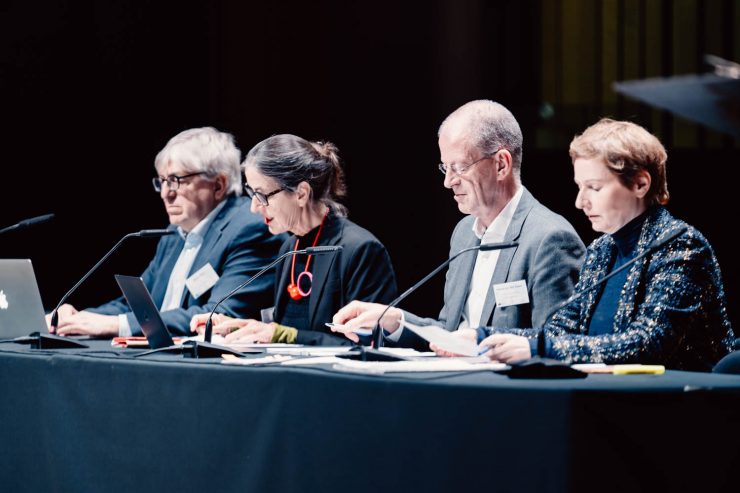 At the AEC General Assembly on 12th November 2022 at CNSMD Lyon (France), AEC active members elected the new members of the AEC Executive Committee (ExCom) and the AEC Council. It is our great pleasure to announce the new composition of the Council!

In addition, AEC members were informed of the Council’s decision to appoint Abra Bush, Dean of the Jacob School of Music, Indiana University, as a co-opted member representing the associate members.

We would like to congratulate all elected and co-opted Council members and wish them all the best for their term of office! 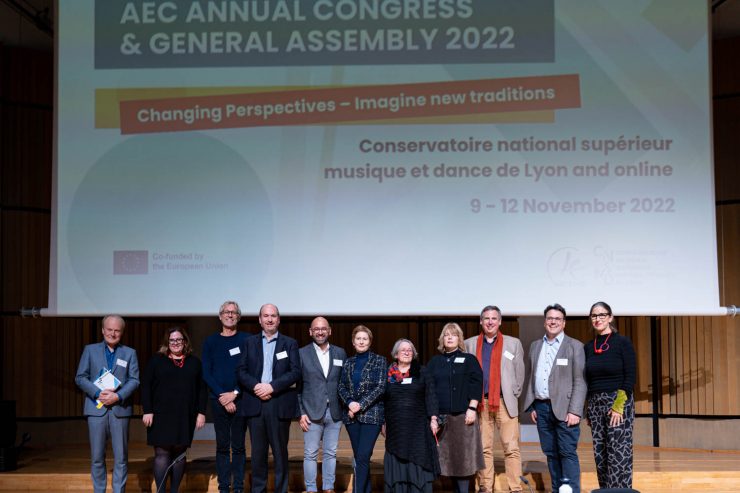 Finally, during the closing session of the AEC Congress, words of thanks were expressed to Eirik Birkeland (former AEC President) and Harrie Van Den Elsen (former Secretary General) for their dedication and longstanding commitment to the AEC ExCom as well as to the Council members who ended their terms, namely Lucia Di Cecca (Italy), Kathleen Coessens (Belgium) and Zdzisław Lapinski (Poland).