AEC Congress and General Assembly 2019 in Turin – A Wrap Up 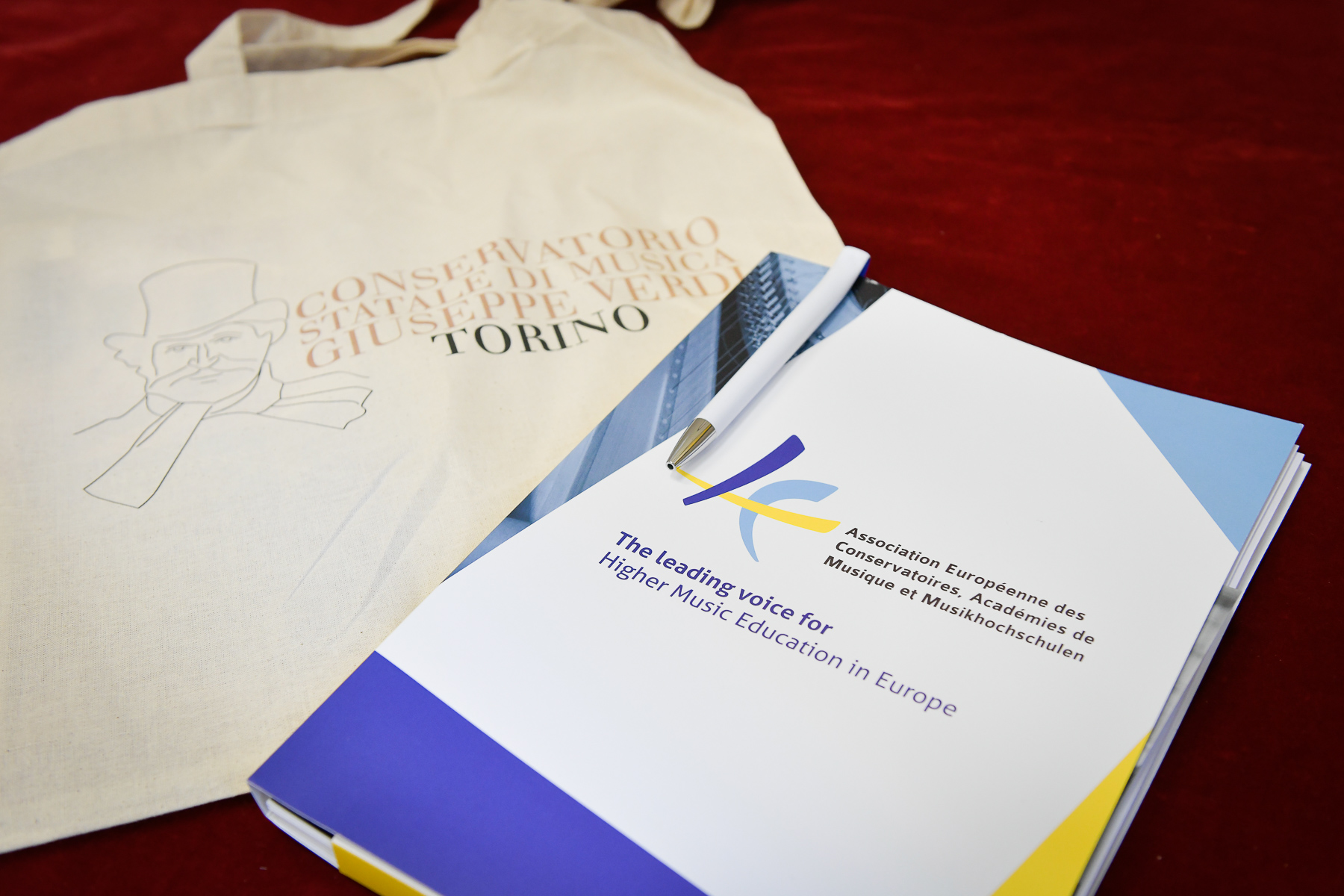 The 46th AEC Annual Congress and General Assembly 2019 took place at the Conservatorio di Musica “Giuseppe Verdi” in Turin (Italy) on 7-9 November under the title “Re-imagining success? – Strengthening Music in Society”.
This year’s title refers to an important question that performers, music students and educators need to ask themselves while reflecting on their activities and it links up to the two themes of ‘Entrepreneurship’ and ‘Digitisation’ which cannot be neglected by the modern music practitioners.
How conservatoire stakeholders can centre issues of power relations in their daily interactions was also a prominent topic of this year edition. The Congress took place in the framework of the activities of the Creative Europe co-funded project AEC – Strengthening Music in Society (SMS).

This year we had the honour to have as a speaker Alfons Karabuda, composer and newly-appointed President of the International Music Council (IMC), President of the European Composer and Songwriter Alliance (ECSA) and expert in the field of artistic rights to the UN Human Rights Council. The topics he addressed on Thursday with his speech “On Digitisation, Entrepreneurship and Music” were broaden up the following morning by a panel composed of representatives of the music education sector and music profession, chaired by Helena Gaunt, Principal of the Royal Welsh College of Music and Drama in Cardiff and Chair of the SMS Working Group 1 on Music in Society, who moderated a discussion on priorities and actions to strengthen music in society with particular attention to audience engagement.

The wide range of proposed parallel sessions related to the topics of Digitisation and Entrepreneurship but also to the main topics from the previous two congresses “Strengthening Music in Society” (2018) and “Leadership in the Arts” (2017):

Participants also had the opportunity to participate in the discussions groups based in three topics:  Teachers Recruitment, Joint Programmes and Shared Modules and Policies & measures to prevent and follow up misuse of power. The groups were organised by mixing the AEC regional groups.

As every year, participants had a chance to discuss relevant issues in Regional Meetings, chaired by Council Members.

The AEC Congress was preceded by two Pre-Congress Workshops:
         The workshop and training for Peer-reviewers organised by MusiQuE – Music Quality Enhancement, that was attended by more than 40 participants.
         A workshop on Student Engagement “Strengthening the Society in Your Institution”

The ever-increasing number of student participants contributed to making this edition stronger than ever, with an overall participation that reached the record number of 385 attendees. Both local and international students took part in the event and joined conservatoire senior managers and directors in important discussions on the future of higher music education.

Finally, during the Closing Session, Marco Zuccarini, Director of the Conservatorio in Turin handed over the “AEC Congress Trophy” to the representative persons from the Royal Conservatoire Antwerp, which invited all AEC members to join the AEC Congress 2020 on  5-7 November in Antwerp, Belgium.

Following the motto “AEC goes green”, the event has been evaluated by participants through the digital questionnaire sent it by email. The feedback has been generally very positive. All the documents and slides of the AEC Annual Congress 2019 are available at the event page on the AEC website under the tab “Photos and documents” and “Slides”.