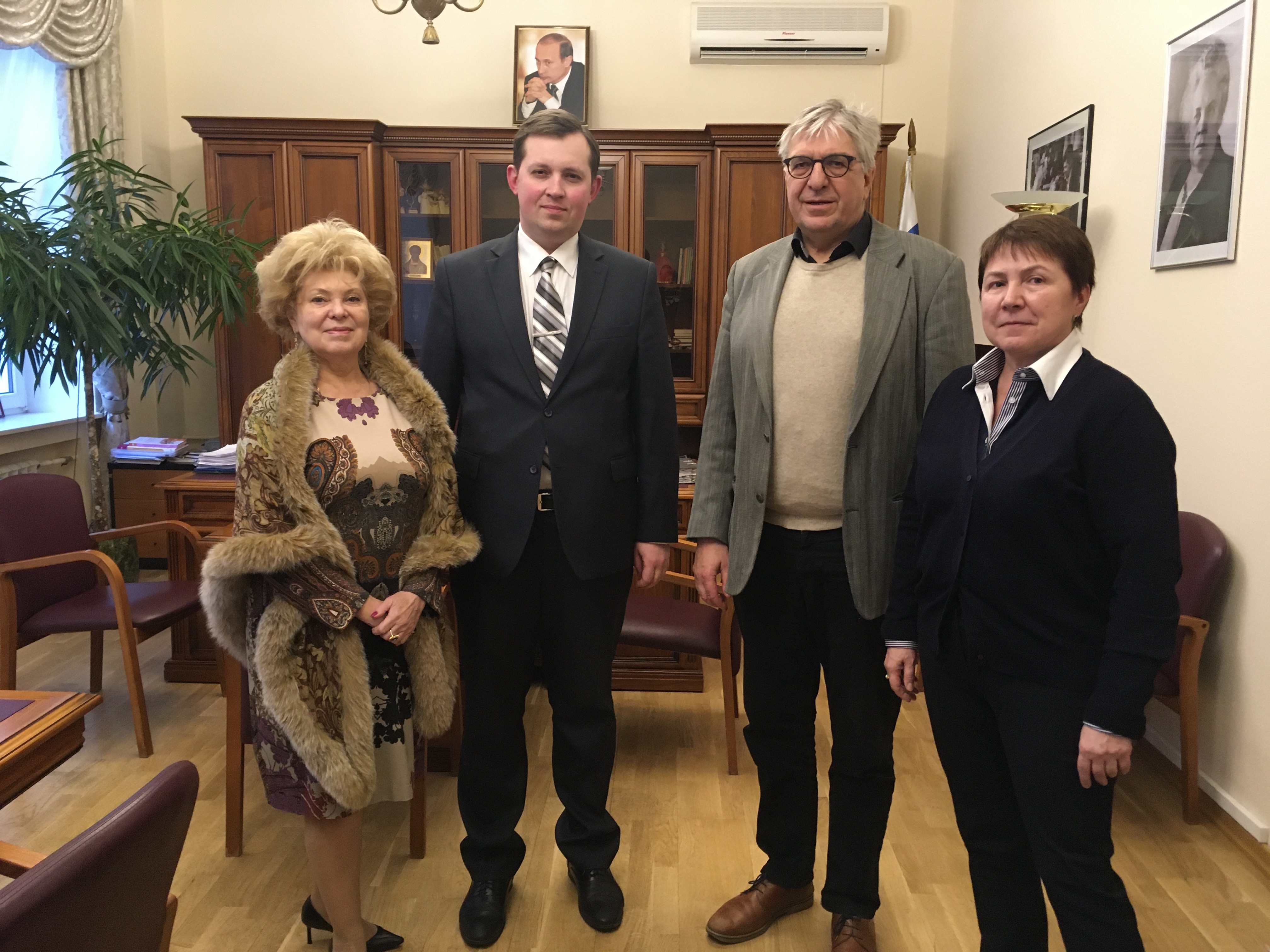 It has been five years since the AEC relocated its headquarters to the European capital, Brussels. And although AEC has for many decades been a purely European project whose origin dates back even a few years further in the past than that of the European Economic Community as a precursor to today's European Union (EU), contacts crossing the borders of Europe are becoming more and more important to our association.

However, it is also true that the Europe of AEC has always been bigger than the Europe that is defined by the EU's external borders. Last but not least the Bologna Declaration has brought together countries under one roof, which no longer all belong to Europe in the geographical sense. In this respect, changes that occur at the edges of the EU in one direction or another, have only limited impact on AEC's day-to-day business.
However, maintaining and strengthening contacts with our members, friends and partners outside the European core is an essential part of AEC's work.

Our Chief Executive Stefan Gies gladly accepted the invitation to attend a panel at the VII International Cultural Forum in Saint Petersburg on the topic 'Prospects of Development of Professional Education in Arts' and to deliver a presentation entitled 'Higher Music Education on the threshold to the future: New challenges, new tasks and how to face them'. On the one hand, this provided the opportunity for a fruitful exchange of ideas, with – among others – colleagues from Russia and China, but on the other hand, Stefan also took the chance to pay a visit to some of the outstanding Russian Higher Music Education Institutions (HMEIs) in Moscow and Saint Petersburg. It is good to hear that both sides are keen in continuing contacts in their everyday work, in particular because visible links such as hosting the AEC Congress in Russia as in 2012 were rare in the last years. There are plenty of topics and concerns of common interest that are worth working on together.

For quite some time AEC has been now working closely with the United States’ National Association of Music (NASM). Regular participants of AEC Congresses might remember the traditional welcome words delivered by a NASM representative as part of the Congress openings. However, the congress in Turin included in addition to that also a substantive contribution to the congress presented by NASM President Dan Dressen together with the CEO Karen Moynahan. And thus, only two weeks after the AEC Congress, AEC President Eirik Birkeland and the CEO Stefan Gies payed a return visit to the Annual NASM Conference in Chicago. The challenges and the hot topics under discussion are very similar on both sides of the Atlantic. The fact that the approaches to solve problems nevertheless differ in some respects is mainly due to the sometimes very different structures. This is why it was seen by all to be in particular helpful and fruitful to exchange experiences.

The transatlantic dialogue is not limited to the collaboration with NASM. Eirik and Stefan also had the opportunity to meet with representatives of the College Music Society in Chicago, and also met with Bruce Sheridan, the president of AEC's sister organisation dealing with film and media higher education (CILECT). The representatives of the two organisations agreed on envisaging even closer contacts and joint activities for the future.

Last but not least, intensifying contacts of AEC with Asia have to be noted. What started a year ago in Graz with the panel 'Global Strand – beyond Europe' continued successfully in Turin with 'East meets West, West meets East'. An ever-increasing number of Asian colleagues are finding their way to the AEC Congresses. And of course, this exchange can only be sustainable if it does not run on a one-way street. We are therefore delighted that former AEC Vice-President Rineke Smilde will have the opportunity to represent AEC at the next SEADOM Congress in Singapore in March.