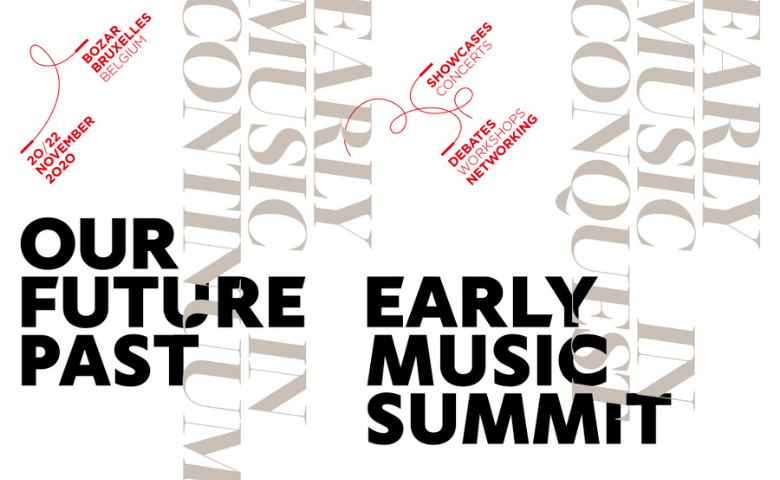 REMA, the European Network for Early Music, in collaboration with AEC, organised The European Early Music Summit 2020 online on 20-22 November.

Under the title “Our Future Past: Early Music in Context”, the event (which gathered more than 500 participants) assessed and took a critical look at the current state and future of Early Music in respect of performance, education, research, instrument-making, musicology, and concert promotion. As well as keynote speeches, panel debates, Q&A sessions, and parallel forums covering a variety of thematic strands, there were digital networking possibilities, poster sessions on ground-breaking research topics and music performances. The initially planned Early Music Fair was replaced by a specific online course for instrument makers and editors during the Summit, with opportunities to meet customers and peers.

The sessions related to early music education organized in cooperation with the AEC Early Music Task Force took place online on Saturday 21st November, but AEC members were welcome to take part in all the event sessions and concerts.

The Panel Session “Artistic Training” was launched by three insightful live statements by Peter van Heyghen, Jean-Cristophe Frisch and Anna Danilevskaia about Early Music teaching and learning, the relationship between research and performance, as well as the process of digitisation and its influence on the world of Historically Informed Performance. It gave a lot of food for thought and provided participants with a lot of insights from the world of Early Music.

During the second session on the Future of Early Music Departments introduced by Isaac Alonso de Molina, four groups discussed pre-recorded statements on this topic by Pedro Sousa e Silva, Octavie Dostaler-Lalonde, Kelly Landerkin and Vittorio Ghielmi. Together with the speakers and the members of the AEC Early Music Task Force, the participants discussed the impact of the Conservatoire paradigm on the world of Early Music, the definition of the Early Music within the education sector, as well as the future of Early Music faculties and departments.

All in all, the European Early Music Summit gave musicians, professors and students an opportunity to exchange best practices and solutions for overcoming challenges faced today by Early Music departments, starting from the issues of teaching practices and ending with the challenges posed by digital communication.

AEC would like to thank the AEC Early Music Task Force for preparing the programme of the AEC sessions at the European Early Music Summit.

All information and video recordings about the sessions organized by AEC can be found on the relevant page of the AEC website.