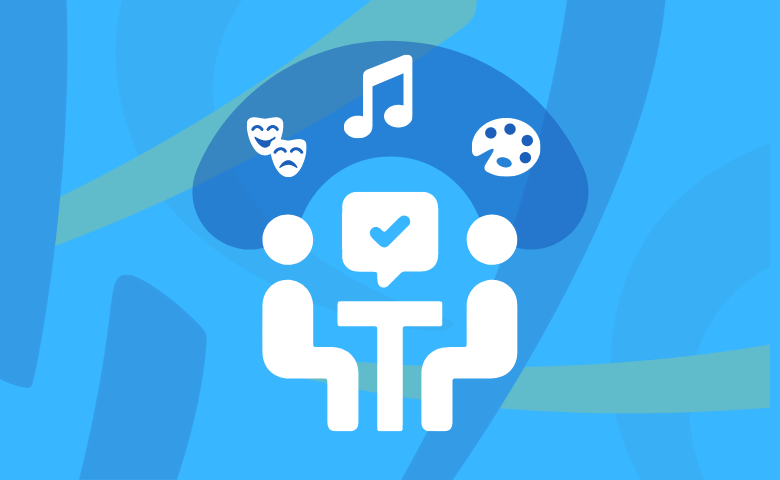 The pandemic has strengthened the collaboration with many of our partners.

Organisations and associations that, like the AEC, are advocating and representing interests in the fields of arts, culture and higher education have been working closely together for a long time.

AEC is a member of Culture Action Europe (CAE) and is also represented on CAE’s board. CAE has set itself the goal of bundling the interests of the stakeholders in the field of European cultural policy and bringing them into constant dialogue with the political decision-makers at all levels of European politics. On 11 February 2022, the 3rd edition of a so-called Culture Action Europe Annual Policy Meeting took place. For the first time ever, the Annual Policy Meeting 2022 took place online, which had at least the beneficial effect that almost everyone who had something to say in European cultural policy felt encouraged to contribute a speech or a video message to the event – not only representatives of almost all parliamentary groups in the CULT Committee, but also the Commissioner for Innovation, Research, Culture, Education and Youth, the President of the European Parliament and the President of European Commission, Ursula von der Leyen. The substantive debate focused on the contribution of culture to the European Green Deal on the one hand, and the European Union’s contribution to the recovery of the arts and culture sector after the damages caused by the pandemic on the other. Critics complain that only warm words were heard at this meeting, but even if this should be true it still can’t be denied that the event caused a significant increase in the visibility of the sector. If you want to know more about the CAE Annual Policy Meeting, you can watch the video documentation of excerpts from it.

Another project worth reporting on is AEC’s participation in a consultation process to amend data collection practices in the fields of arts and culture. As we all know, it is crucial for the process of deciding on concrete political action, to have reliable and unambiguous statistical data at hand. The art sector in particular suffers from the fact that the benefits for corporate responsibility and the contribution of art, culture and cultural education to the well-being of our societies are sometimes difficult to put into objective figures. However, if such figures are missing, they are often replaced by key economic data, which can then tempt people to distract from the essentials. It is therefore even more important to make the voice of stakeholders heard in such hearings. A report is now available on the results of the consultation on ‘Measuring the Cultural and Creative Sectors EU’ which culminated in a 24-hour hackathon at the end of November.