Update on AEC advocacy activities – May 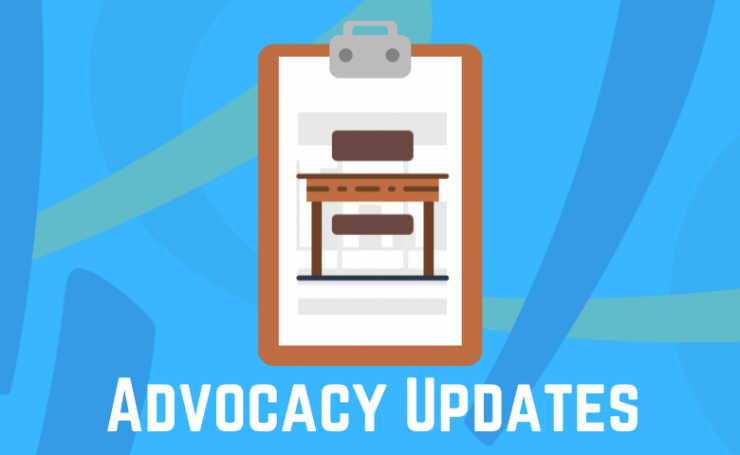 This month, we will report on two topics that we are not reporting on for the first time, nor will it presumably be the last time: on the one hand, about making music and teaching music under pandemic conditions, and on the other hand, about cultural participation and giving access to culture and cultural education to even more people than in the past.

Exactly one year ago, the AEC newsletter for the first time featured an article on aerosol transmission when performing music entitled Making music as a risk factor for the transmission of the coronavirus. As can be seen in the title, the main focus at the time was to collect data on the ways in which the virus is transmitted and, based on these, to generate a reliable risk analysis. Research projects on the issue have been carried out, among others, at AEC member institutions or in close contact with them.

High time, therefore, to ask what happened since. In the heart of one of the worst affected regions in Europe, in Parma in northern Italy, a cooperation project bringing together pharmacologists, engineers and musicians from the local Conservatoire ‘Arrigo Boito’ was set up in order to systematically investigate the spread of spit droplets while singing and playing wind instruments.
In Germany, the Freiburg Institute for Musicians’ Medicine (FIM), jointly supported by the Hochschule für Musik Freiburg and the Medical Faculty of the local university, has been collecting risk assessment data for more than a year. These data are constantly updated and are in the meantime available in 7 languages.
These two and more similar projects made it possible to further develop and systematically test, in a second phase, potential preventive measures. In addition to providing data for risk analysis, the Freiburg study now also offers hands-on recommendations for specific measures that contribute to significantly reducing the risk of infection when making music. (See here and, in German only: here)
It’s obvious that the more data has been collected over time, the more evidence-based these recommendations turn out to be. Prof. Claudia Spahn, who is heading FIM together with her colleague Bernhard Richter from the Freiburg University’s Medical Faculty, says “Our recommendation for preventive measures are based on the newest research findings and thus are scientifically substantiating how to place musicians and which distances to keep between them in a performing situation. The same applies for ventilation concepts which are based on CO2 measurements on aerosol transfer.” (for more information see here – in German only). With the support of the ministry, the colleagues in Freiburg have also been running an advice center for amateur musicians since last summer.
In the USA, an International Coalition to commission COVID-19 Studies has been established, a loose association of very differently oriented and independently acting research projects, whose strength lies above all in the fact that they can rely on a huge amount of data. Even if much of this data was collected in typical US contexts such as high school ensembles, many of the findings resulting from these studies can also be transferred to European conditions. This is even more true, as the coalition, in line with its self-conception as an international coalition, was in close contact with the AEC from the start on. Moreover, most of the findings and recommendations from these studies are freely accessible.

Another focus of the activities of this coalition besides collecting empirical data on virus transmission, is on developing so-called ‘mitigation strategies’ for practical application in daily work, as they are demonstrated and explained here at the example of working with brass bands. You can find examples from working with other kinds of musical ensembles on the coalition’s website.

The status of research on the so-to-say collateral damage caused by the pandemic within the field of music education in general and higher music education in particular, to some extent also reflects the structural and institutional particularities of the USA on the one hand and and Europe on the other hand. Those who are looking for concepts and advanced solutions for one-to-one teaching under lock-down conditions or for music-compatible teleconferencing systems are more likely to find what they are looking for in Europe rather than in the USA. As stated earlier, however, the research field as a whole is characterised by a high level of dynamism in further development. Hardly a week passes without new insights on the topic, and it can be expected that much of it will remain meaningful beyond the pandemic itself.

The Porto Santo Charter has been launched

In March we reported on an initiative of the current Portuguese Presidency of the Council of the European Union, making the promotion of cultural democracy and cultural citizenship through cultural education its key mission. After a detailed and open discussion process, the so-called Porto Santo Charter (PSC) was now published at the beginning of the month under the motto ‘Culture and the Promotion of Democracy: Towards a European Cultural Citizenship’. Following what is stated in its preamble, the PSC should be seen as a “guiding map of principles and recommendations for applying and developing a working paradigm for cultural democracy”. (p 2)

Already in the run-up to the adoption of the Charter, the Commissioner for Culture, Education, Youth and Sports, Mariya Gabriel, had pointed to the importance of art and culture for the well-being of our democratic societies, but also to the contribution of the arts to “enrich our learners’ growth and development in higher education”. And, more clearly than ever before, she emphasized the significance of the STEAM concept as a guiding paradigm for general education (see the recording of her speech at the EU University & Culture Summit dedicated to the preparation of the PSC on 29 March 2021 from minute 28:30 on).

It is good to see the AEC’s tireless advocacy activities begin to bear fruit. Together with the Portuguese Council Presidency and members of the European Parliament, the AEC will also be involved in measures to follow-up the PSC. We will come back to this topic in more detail soon.