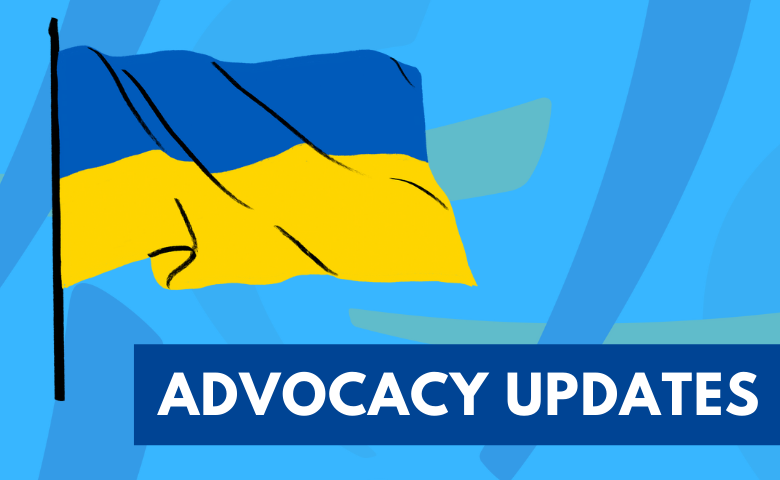 The invasion of Ukraine by the Russian army sent Europe and the world into shock. Gradually, however, ideas take shape and are put in action to support those affected by the war and to organise help for Ukraine and the Ukrainian people by whatever means. Against this background, it is good to see that it still remains a challenge, as the recent elections in France and Slovenia have shown, to convince a majority of voters with anti-European slogans. This is good news for Europe and thus also good news for AEC. Although this might sound cynical, it seems that the terrible events in Ukraine have even contributed to reminding people that the values ​​that unite the members of the European Union are more than just nice to have.

Directly or indirectly, the war also determines the current advocacy activities of the AEC, e.g. in terms of facilitating the provision of study places or job opportunities for refugees from Ukraine.  AEC’s contribution to brokering contacts is rather small but effective. The main support, however, is brought by AEC members, who in many cases go to the limits of their capacities to enable Ukrainian students to continue their studies even under the difficult conditions of fleeing their homeland. A very special thank in this regard goes to our members in Poland and in the Baltic States, who are the first institutions towards which Ukrainian students turn. European solidarity is also reflected in the fact that there is virtually no place in Europe and no AEC member institution that is not concerned with the issue.

Support is now also coming from the European Commission, on the one hand through the establishment of a so-called fast-track-recognition of Ukrainian higher education degrees, which is intended to provide exemptions for war refugees to facilitate their integration into the labor market of EU countries. Music teachers from all levels of music education might benefit from this programme.

On the other hand, the European Union has decided to facilitate quick access to Erasmus+ funding for students and educational staff fleeing Ukraine by suspending the usual deadlines. So far, access can only be given to funds from the Erasmus+ budgets that have already been allocated and transferred to individual higher education institutions. From some of our members we heard that this does not work in all cases as smoothly as it looks on paper, but also that the promised extra funds have not yet reached the institutions. We hope that these are teething troubles that will soon be overcome.

Even if the war in Ukraine dominates the agenda, there are other advocacy activities under development. Since numerous new projects funded by the European Union are starting their work these days, new partnerships are being formed or old and tried-and-tested ones are being reconsolidated. The new AEC project ARTEMIS will include an Advocacy Task Force and strengthen the cooperation with several international partners; there will certainly be more to report on in the near future.