Update on Lobbying and Advocating for Higher Music Education (HME) 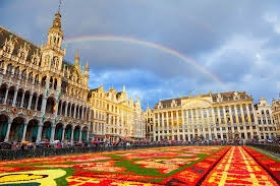 AEC looks back with satisfaction on an intensive and successful year of lobbying and advocacy. Of course, AEC's activities not only address the institutions of the European Community, but also cultural and educational organisations and associations, as well as parties and governments at national level. Planned actions and initiatives with partner organisations are becoming more and more crucial.

Advocating at the European level

As usual, representatives of AEC attended numerous meetings and events as a voice for higher music education within the process of political decision-making.

Strengthening partnerships at the global level

Involvement at the national level