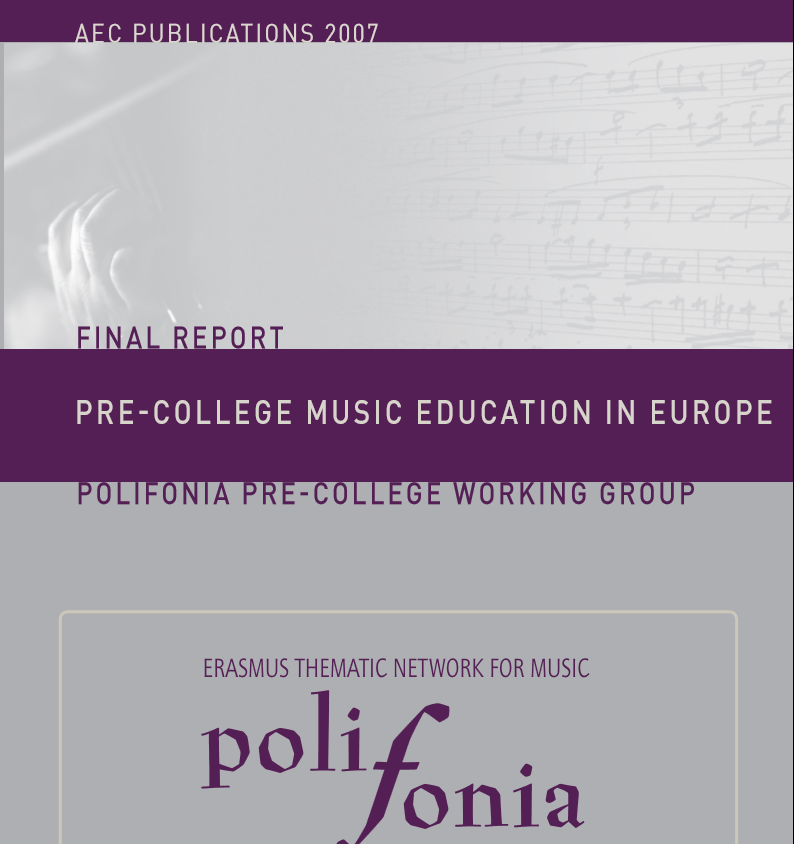 The investigation had the following components:
• Firstly, in order to identify scientific evidence for the fact that musicians have to start learning an instrument at a young age in order to reach a sufficient level for the music profession, an impor- tant question in the investigation was:
“Does research exist on how young musicians learn that proves that it is really necessary to start early in music and why? Do differences in subjects/instruments exist?”
A literature study was conducted of existing research supporting the abovementioned opinion and giving insight in how young musicians learn from a psychological, sociological, pedagogical and physical perspective (see chapter 3).
• Secondly, a European-wide mapping exercise was undertaken to describe systems and approaches in pre-college training. This was not only done to identify examples of good practice, but also to gain insight into the current situation in pre-college training in the various European countries and to collect information that would be helpful for higher music education institutions in the recruitment and admission of future students. Especially when institutions are faced with applications from foreign students (this is rather common in higher music education, even for the 1st cycle in higher education), they often have a lack of information about the educational background of the student, which sometimes can lead to problems with the recognition of prior learning or with the admission procedures. Therefore, the following question was formulated:
“Where and how have students in higher music education been prepared for admission?”
In some countries training units for young students exist within institutions for higher music education, in others preparatory years are offered to young talented musicians who do not yet meet the level of admission to the higher education level. Other countries have well-developed systems of music schools operating within or outside the general (compulsory) education system. However organised, some connection between pre-college training and higher music education is always present and in order to improve the quality of the outcomes in both levels of music education, a good relationship between these two educational levels is essential. This mapping exercise has resulted in a set of descriptions of national systems for pre-college music training in 26 European countries. A more in-depth investigation was held on music schools in Europe in cooperation with the European Music School Union – EMU (see chapter 6). In addition, a survey was also circulated among a wide range of European higher music education institutions, in which they were asked to provide information on how their first year students were prepared for admission (see chapter 4).
AEC WG Report - Pre-college Music Education in Europe - EN.pdf
Download File