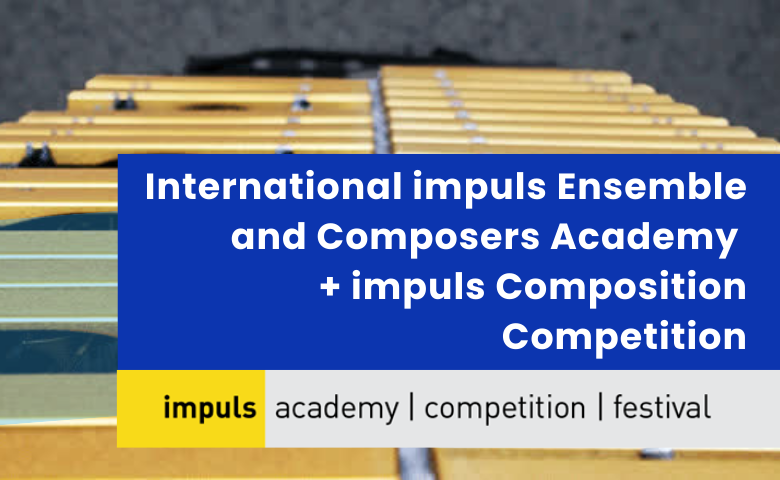 Registration for the 13th international impuls Academy (coming along with the 8th impuls Festival) has started and invites composers, electronic musicians, young ensembles and chamber music formations, vocalists as well as – only for some specific special programs – other artists to join impuls 2023 at the KUG University of Music and Performing Arts in Graz, Austria (23/07/23 day of arrival – 04/08/23 day of departure).

Like in 2021, the Academy 2023 hereby once more welcomes already existing young ensembles and chamber music formations and does not offer any individual instrumental classes. Also, for the first time, impuls is inviting vocalists to work together as a vocal ensemble with members of Cantando Admont.

Application has also started for a new edition of the international impuls Composition Competition.

Every second year impuls commissions new works from young composers selected by a jury. Subsequently these composers are invited to take part in the impuls Composition Workshop in Vienna and Graz – where their new works are collectively rehearsed and discussed extensively with musicians of world-class ensembles such as Klangforum Wien – as well as to the premieres of their new pieces within the impuls Academy and Festival in Graz.