AEC & Advocacy – Beyond the (business as) usual 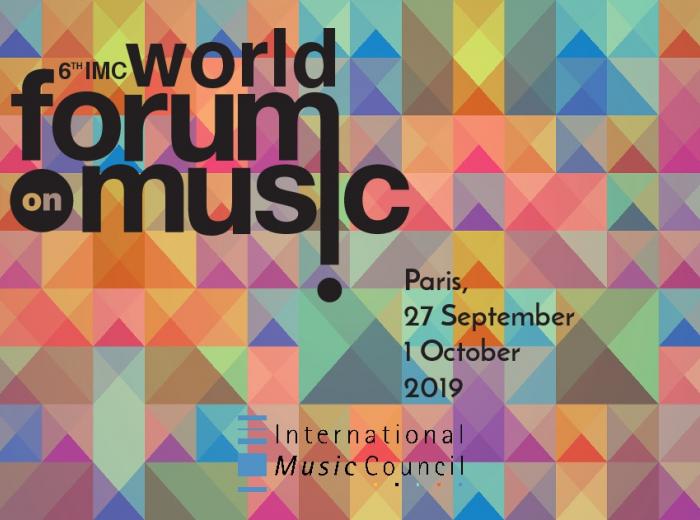 At the beginning of October, the 6th International Forum on Music (IMF) took place in Paris. The IMF is at the same time a network meeting, a conference and an opportunity to hold the International Music Council's (IMC) annual General Assembly. In terms of content, this year's IMF was dedicated to the 5 music rights, which were addressed in numerous presentations, panels, keynotes and concerts. Particularly impressive were the concrete case studies that were presented on the 1st out of the 5 music rights: the right to express musically in all freedom.

Musicians from Iran, Egypt, Cambodia and China, among other countries, shared in a very vivid and touching way their personal experiences with the restriction of such right and what it means not only for their lives as musicians, but for the society as a whole.
It was striking to see that for many musicians and cultural managers from Africa and Asia music and society are naturally linked to each other, while we have to work hard in order to establish a kind of mental thought-construct that might be the prerequisite for strengthening music in a western society.

Although the AEC will always have its main focus on Europe, contacts that cross the borders of our continent are becoming increasingly important. AEC tackles this task boldly, as shown by the reinforcement of cross-continental contacts and networks as it is addressed e.g. at this year's annual Congress in Turin. In addition, we succeeded to have Alfons Karabuda, the newly elected president of the International Music Council, to give the opening keynote speech in Turin.
Another good news about the IMC: In the upcoming years, AEC will be represented at the IMC board by our current French AEC Council member Jacques Moreau.

The European policy-making level
Back on the European policy level, all the spotlight beyond Brexit is on the new political and institutional cycle. The president-elect of the European Commission Ursula von der Leyen is still struggling with the confirmation hearings of three member of her team, a step that is needed before the whole Commission can be confirmed by the European Parliament and can be therefore sworn in. The day on which the new Commission will take office has been then postponed for one month: now it is the 1st December.

Despite not being featured in any of the job titles of the incoming Commissioners (as we pointed out in the last issue of our newsletter), culture and education actually span across several portfolios and namely two: that of Mariya Gabriel, responsible for Innovation and Youth, under whose control the Directorate General for Education, Audiovisual and Culture (DG EAC) falls, and that of Margaritis Schinas, vice-president for Protecting the European Way of Life. Both have been confirmed in the job by the competent committees of the European Parliament (among which the CULT committee) and are now waiting to be sworn in.

With the interinstitutional negotiations ongoing on both the post-2020 Erasmus+ and Creative Europe programmes, the first months of the term will be crucial for the new commissioners to clarify how they will coordinate their work and where art education stands in the shared project of building a European Education Area by 2025.

Our partners
As the leading voice of music higher education in Europe, AEC is in close and steady contact with partner organisations that are active in related areas at European level. These include both organisations active in the field of arts and culture as well as those from the university sector. However, it might not be a surprise that contacts with organisations that are committed to higher education in the field of art and culture are particularly close. Among these are ELIA and ENCATC.

The ELIA Academy was this year for the first time ever organised jointly by ELIA and AEC and took place from 25 to 27 September in Stuttgart. The conference focus was on higher arts education going digital. While the call for papers was well received by the members of the AEC community, there is still a huge potential to raise the number of musicians and AEC members to attend as participants. Those who did so, experienced an inspiring and mind-opening event. AEC and ELIA are both determined to continue offering and further developing such common formats in the future.

AEC contributed to the ENCATC 2019 Annual Congress with a panel bringing together representatives of the music higher education institutions (HEIs) with cultural managers. This triggered an exciting discussion in which students and teachers from Cultural Management and Cultural Policy studies addressed many questions to the Music HEI sector, some of them being quite critical. But they were also pleased to see that the inclusion of AEC in the congress gave them the opportunity to get in closer touch with tangible issues music and music education have to deal with on an everyday basis.
A parallel session with ENCATC at the AEC Congress in November will give an opportunity to continue this discussion.