La Rencontre de Lisboa: What kind of cooperation for culture? 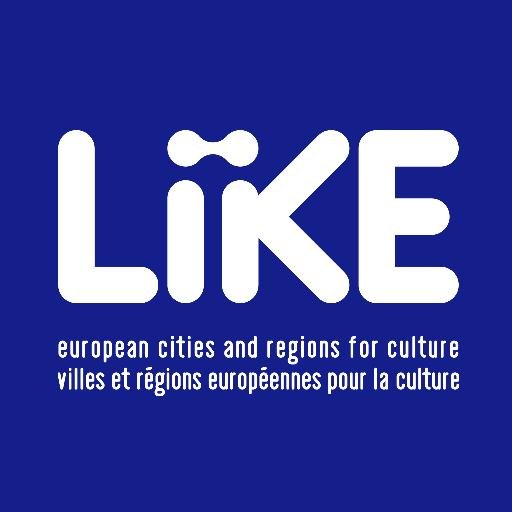 LIKE is a European network of committed to the development of cultural policies in Europe and gathers in its network a set of elected representatives from various local authorities and cultural structures. The network works to build a Europe of Culture made by the territories to open up new horizons in the field of cultural issues.

LIKE has been undergoing a year of [R]evolution (6 events in 6 countries), and its network is very eager to giving some space to the work of the Alliance. In this regards, LIKE would like to let you know about the upcoming event – La Rencontre de Lisboa – what kind of cooperation for culture? (24-26/5/2017) and how it believes the Alliance could again be present in this important event.

LIKE is convinced culture and the arts, may they be fully integrated into the strategic objectives of EU cohesion policies, would do nothing but contribute to the reinforcement of the territorial fabric of the EU (and increase number of opportunities for operators from culture and the arts). In this regards, LIKE has decided to associate to the "Europe and culture in Regions" initiative by SYNDEAC (under the umbrella of the Alliance, French-based but to be expended fortunately), aiming at raising the voice for culture in regional declinaisons of EU policy-making, and gaining support from regional authorities in this undertaking. After a first meeting in Paris with representatives of French regions in March, SYNDEAC and LIKE are working on a second meeting, in Avignon in July.

As a full partner of the French initiative driven by SYNDEAC, LIKE has been willing to carry it up to the European stage by doing in its Rencontre de Lisboa – what kind of cooperation for culture? (24-26/5/2017). This three-day event will be dedicated to cultural/arts cooperation between European territories and the potential impact of increasing it on the very face of Europe. LIKE is very happy to count on the support from partners – the City of Lisbon, City of Almada, Serra Henriques Foundation, Association of European Border Regions – and several high-profile speakers, including Luis Filipe Castro Mendes, Minister of Culture, Portugal, Karl-Heinz Lambertz, Vice-president of the Committee of the Regions, Fernando Medina and Catarina Vaz Pinto, Mayor and Deputy Mayor of Lisbon, amongst others.

LIKE would like to reaffirm its dedication to the Alliance and its work. We would like to make sure that the Alliance considers the 4 other events we are organising this year (UK – June, Denmark – September, France – October, Germany – November) as as many occasions for the Alliance to stand up and raise voice.

Please find below the last press release of the network: