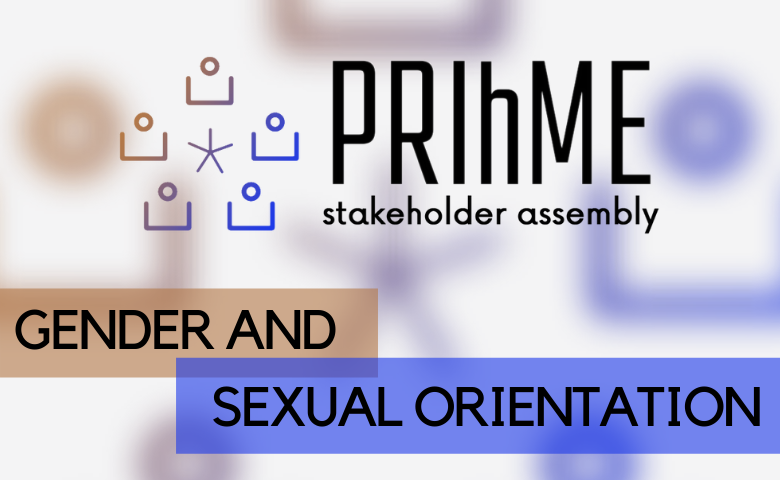 The 2nd PRIhME Stakeholder Assembly dedicated to understanding gender and sexual orientation and its impact on higher music education took place on 25-26 February 2022. As was the case during the 1st Assembly, the two days included plenaries and small breakout groups, and were nourished by the expert paper delivered by Cecilia Ferm Almqvist as well as excerpts from a video on gender and sex on the Philosopher’s Youtube channel. These were included in the 2nd Assembly brief, prepared by the Editorial Board, chaired by David-Emil Wickström and sent to participants beforehand.

The invasion of Ukraine weighed heavily on all participants, more so as the Academy of Music in Kharkiv is an associate partner. At the Assembly’s start, the Assembly chair, Gretchen Amussen, expressed heartfelt solidarity with our Ukrainian partner and colleagues, who, for obvious reasons, were unable to participate.

The Assembly Working Group, chaired by Esther Nass, prepared a programme rich in interactive exercises, sharing of personal experiences, and case studies. Designed to assist all AEC members in developing safer and more inclusive learning environments, PRIhME – Stakeholder Assembly on Power Relations in Higher Music Education is funded by the EU and includes 9 geographically representative conservatoires, with AEC acting as project manager. Students, teachers, and administrative personnel designated by partners participate as “stakeholders” in assemblies and working groups. The Assembly model, based on the citizen’s assembly model of deliberative democracy, offers fair and equitable rules designed to ensure a safe and constructive environment for discussion.