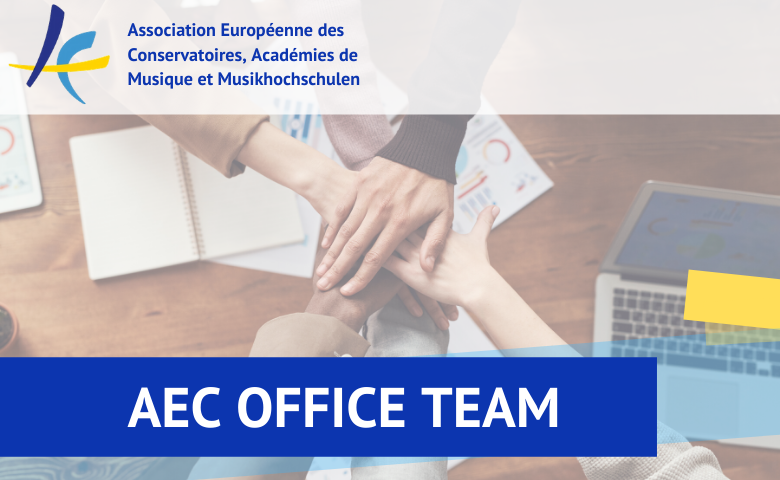 The composition of the AEC Office Team has substantially changed in January 2022.

On 21 January, Events and Project Manager Sara Primiterra left the AEC Office to start her maternity leave. She plans to be back in November 2022. In addition, at the end of December, the contract of Project Coordinator Paulina Gut came to an end.

Both Beatriz and Konstantinos will also participate in the coordination of the Working Groups that will be formed in the framework of the new AEC project funded by Creative Europe “Empowering Artists as Makers in Society”.

AEC wishes Beatriz and Konstantinos a warm welcome and a good start, and Sara all the best in her new role as a mother!

We also thank Paulina for her contribution to AEC’s work in the past 4 years and wish her the best for her future endeavours.