The decisions of the Council and the General Assembly are implemented by the AEC Office, which is located at Keltenlaan / Avenue des Celtes 20, 1040 Brussels, Belgium. 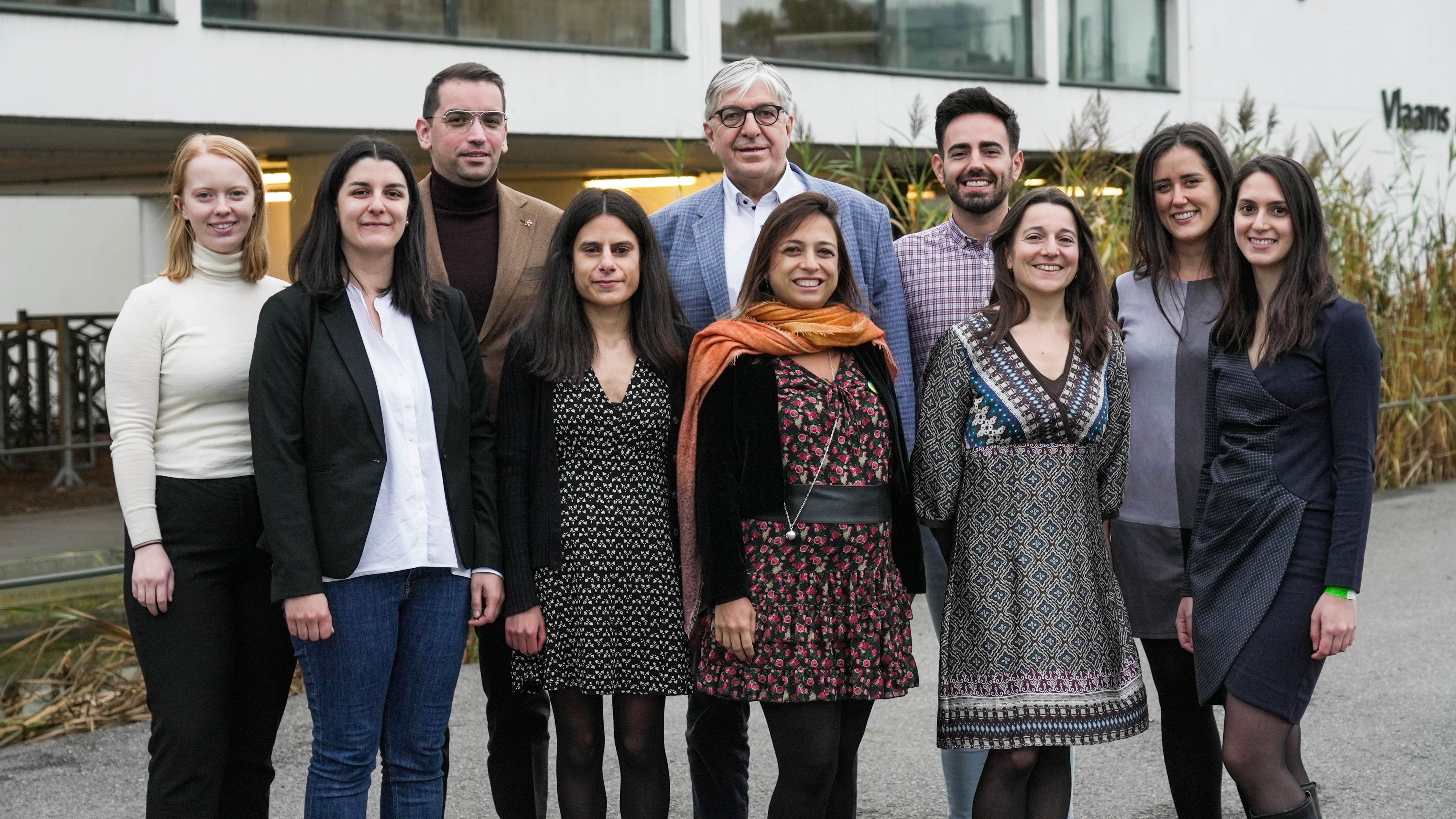 The AEC Office also regularly welcomes student interns, who gain valuable experience during their placements as well as making an essential contribution to the smooth running of the Association. 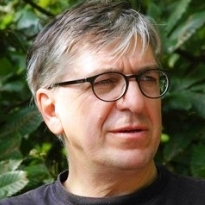 Stefan Gies has been the Chief Executive of the AEC since September 2015. His work focuses on networking with other organisations active in the fields of music, art and higher education at European and international level, as well as on lobbying the institutions of the European Commission and the European Parliament. The key topics he is currently working on include: campaigning for the recognition of the specific features of artistic education; ensuring the long-term preservation of adequate framework conditions to maintain a musical life and cultural offers; promotion of musical education at all levels and according to diverse needs; establishing artistic research and facilitating cross-border mobility.

Stefan was born in 1954 in Landau in southwestern Germany. He studied viola, composition, musicology and music education at the Musikhochschule Freiburg, but also performed in the fields of rock and jazz music. He worked as a classroom and instrumental teacher and got his doctorate degree in music pedagogy. Stefan does research and publishes on theories of musical Bildung and the history and constitution of the institutions. Stefan can look back on an academic career spanning more than 30 years as a scholar, professor of music education and principal at German Higher Music Education institutions.

Stefan has been actively involved in AEC since 2007. Before taking on the position as its CEO, he took part in: the ‘Polifonia’ working group on accreditation in higher music education (2007-2010); in the AEC Quality Enhancement Committee (2011-2014) and he also chaired the working group ‘Evaluation for Enhancement’ within the FULL SCORE project (2014-2017). He is responsible for running the AEC’s current Creative Europe project ‘Strengthening Music in Society’ (SMS). Stefan can be reached via stefangies@aec-music.eu.

Linda joined the AEC in March 2007 as project administrator of the ‘Accreditation in European Higher Music Education’ project.  She coordinated the ERASMUS Network for Music ‘Polifonia’ (2007-2010) and the AEC Institutional and Programme Review Scheme. Linda is General Manager since January 2011 and supports the CEO in managing the AEC Office. Linda also works for the new external evaluation body MusiQuE – Music Quality Enhancement. Linda has a Master in European Politics from the Institute of Political Sciences in Strasbourg. She is French, speaks English and some German and works hard on her Dutch. She can be reached via lindamessas@aec-music.eu. 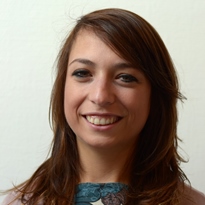 Events and Project Manager (currently on maternity leave until November 2022)

Sara has been part of the AEC Team since 2009. She coordinated the European Students Chamber Orchestra Tour 2011 in the framework of the project “Widening Participation on the Road to Membership” and in September 2010 she became the Office Manager of the AEC. Since November 2011 Sara has been the Events Manager of the AEC, being in charge of the organization of the AEC Annual Congress, the International Relations Coordinator Annual Meeting and the thematic working groups and platforms (Pop and Jazz, Early Music and Artistic Research). She also represents the AEC at international  meetings. Since 2016 she also got involved with project management at AEC: she is the Project Manager of the European Online Application System (EASY) and she represents the AEC in the management working group of Erasmus Strategic Partnership and Creative Europe projects where the AEC is involved as communication and dissemination partner. Sara has got a Master of Science in Economics and Management of Arts and Culture at Bocconi Business University in Milan with a final dissertation on conservatories’ international relations. She was also trained as a musician and she got a violin degree at Conservatorio di Novara (Italy). Sara is Italian, speaks  English and French and has some knowledge of Spanish and Dutch. Her main fields of interest are: management of cultural and educational institutions, event management, mobility and international relations. 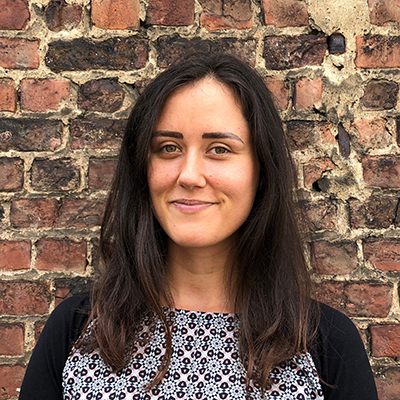 Barbara first joined the AEC team in September 2018 as an intern and came back as Office and Project Coordinator in August 2020. She studied Music Pedagogy at the University of Zagreb and has been active in the field of performing traditional music in ensembles, both vocal and instrumental. At AEC she is responsible for supporting the Council and the General Assembly, coordinating the PRIhME project, organising the Pop & Jazz Platform, and intern supervision. Barbara is Croatian, speaks English and is working on her French. She can be reached via: info@aec-music.eu. 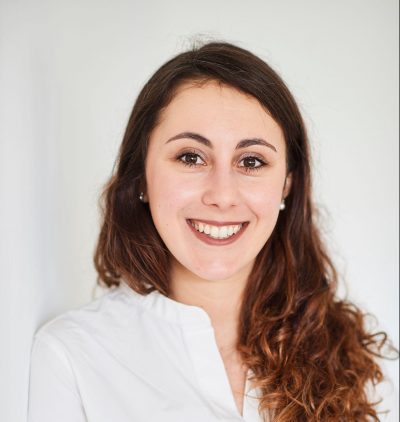 Alessandra joined the AEC team in October 2022. She comes to the AEC after working at ECSA – The European Composer & Songwriter Alliance as Project & Communication Manager. She also previously worked as an Admissions Representative and Business Manager at “Up with People”. She holds a Degree in International and Diplomatic Science. At AEC, she coordinates the communication activities, managing the AEC website, social media and newsletters. She also supports the coordination of the METRIC Network and the AEC Digitisation Working Group. Ms Callegari is an Italian mother tongue speaker and fluent in English with an intermediate knowledge of French and German.  She can be reached via alessandracallegari@aec-music.eu. 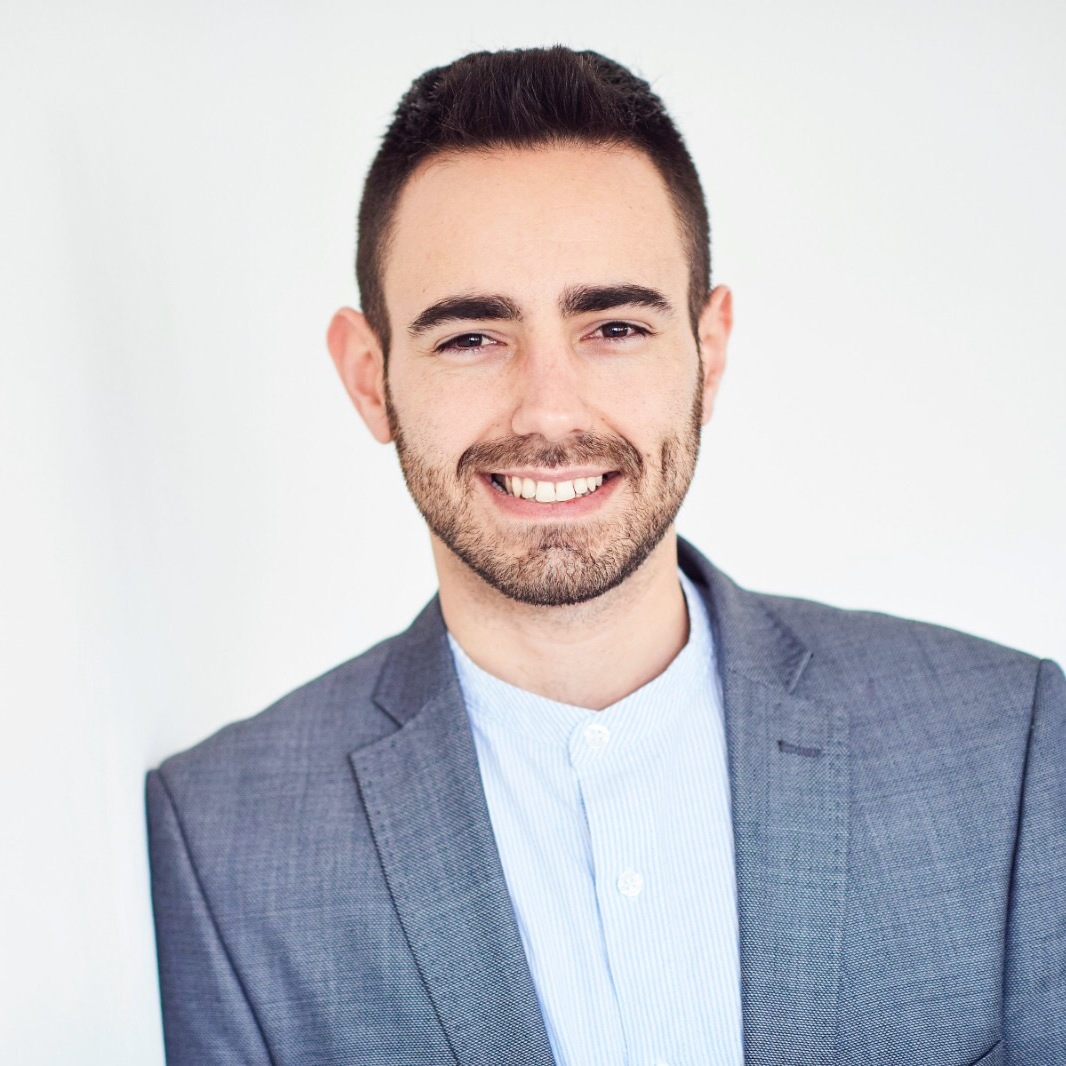 Alfonso joined the AEC in 2019, first as an intern and later as Membership and Finance Coordinator. He graduated from the Royal Conservatoire of Brussels (Belgium) with a master’s degree in Music composition, and holds a master’s in EU Project Design & Management 2021-2027 from the Europa Innovation Business School. Besides liaising with member institutions and monitoring the overall financial management of the office, Alfonso is involved in project management and have developed expertise in diversity, identity and gender issues as coordinator of the Diversity, Identity, Inclusiveness Working Group of the Strengthening Music in Society project. Moreover, he is dedicated to culture as an active composer, harmony teacher and professional music engraver at the Alain Van Kerckhoven Éditeur publishing house. Alfonso is Spanish, speaks English and French and is working on his Portuguese. He can be reached via alfonsoguerra@aec-music.eu. 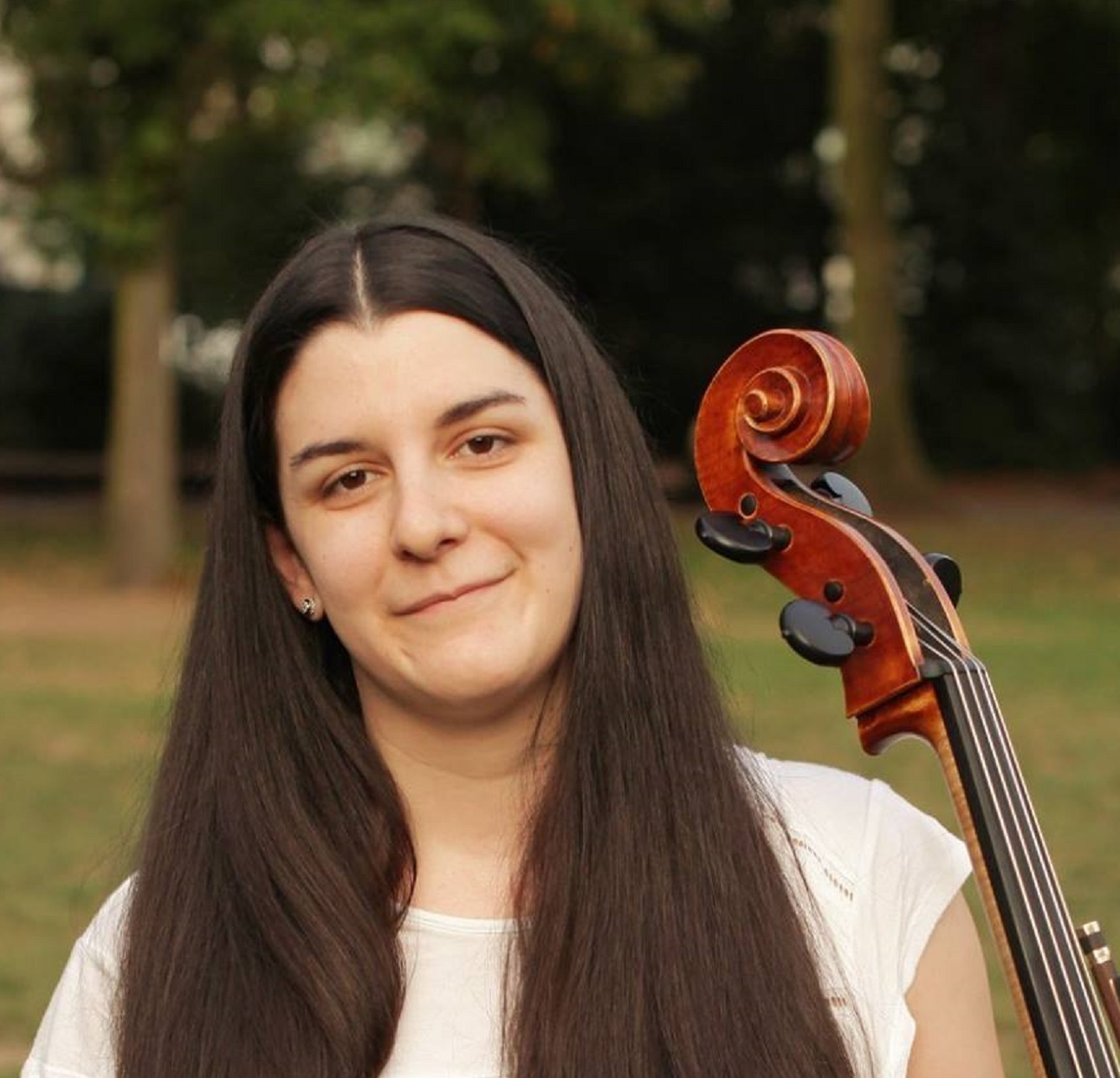 Beatriz joined the AEC team in February 2021 as an intern in Communication and Advocacy, and started her position as Events Coordinator in January 2022. She graduated from the Royal Conservatory of Antwerp (KCA) with a Master’s Degree in Music (cello performance) and she holds a Master in Management at the Free University of Brussels (VUB). Her interest in these two disciplines has led her to be a founding member of several musical projects, where she is actively involved in the artistic and in the coordination side. She speaks Spanish and English and is working on her Dutch. She can be reached via beatrizlaborda@aec-music.eu. 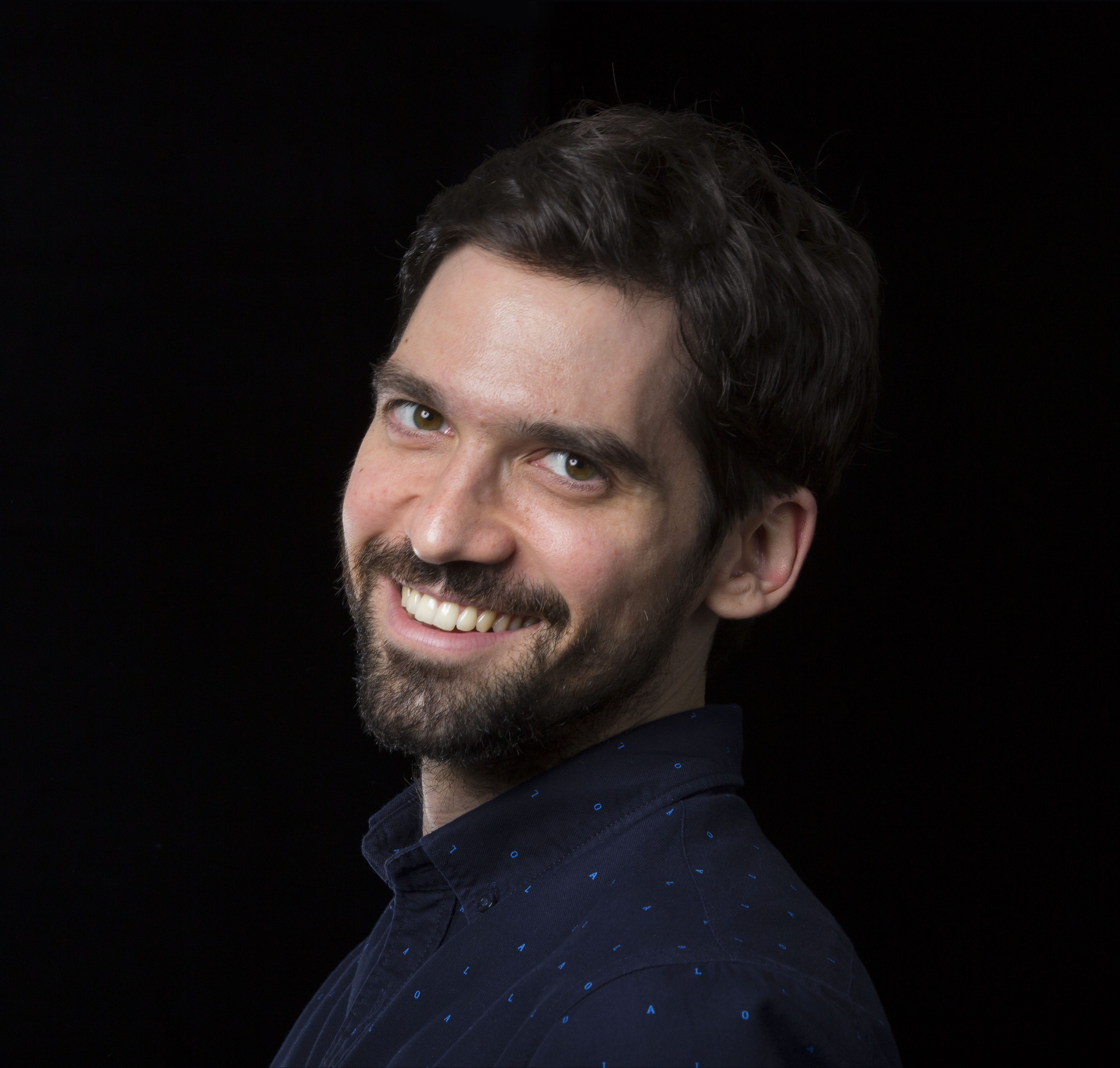 Konstantinos joined the AEC team in January 2022 and works as Project Coordinator of the European Online Application System (EASY), as well as on other EU-related projects in which the AEC is involved. He holds a Master in Theatre Studies from the Université Sorbonne nouvelle-Paris 3 and a Master in European Studies from the Université Libre de Bruxelles. He has worked notably at the Opéra national de Paris in dramaturgy, communication, and press relations. He speaks Greek, English, French, German and is currently learning Italian and Dutch. He can be reached via konstantinosaspiotis@aec-music.eu. 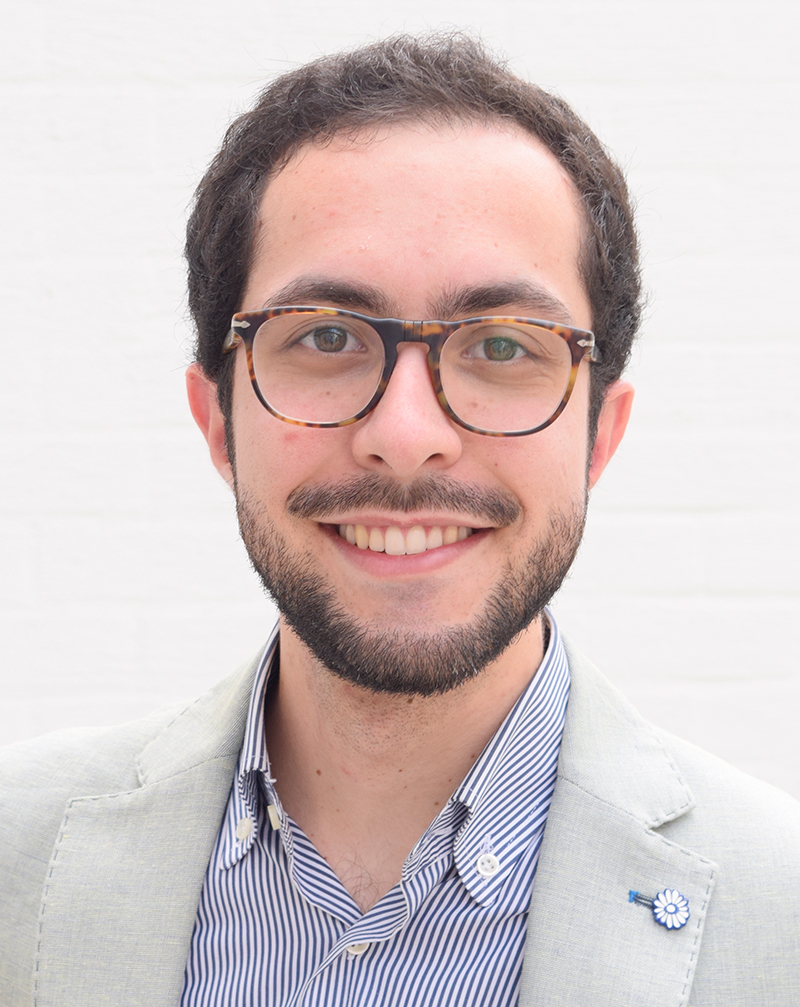 Freelance Journalist and former Parliamentary Assistant to Silvia Costa (Member of the European Parliament & Chair of the Education and Culture Committee in 2014-2017), Gabriele supports the Office Team on a free-lance basis on policy and advocacy matters. 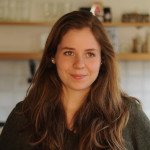 Katharina joined the AEC team in September 2022 as a project and membership management intern. She graduated from the Ludwig-Maximilians-Universität (Germany) in Italian philology and musicology and holds a Master’s degree in European studies from the Université de Strasbourg and the Uppsala Universitet. Being passionate about music and European matters at the same time, Katharina found the perfect combination of both disciplines by working at the AEC Office. Katharina is German, speaks English and Italian, and is working on her French. She can be reached via office1@aec-music.eu. 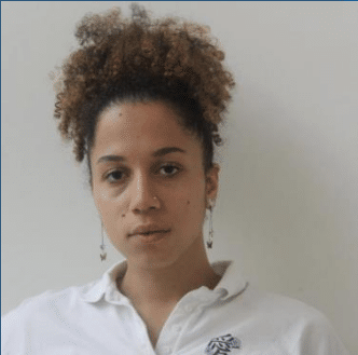 Alizée joined the AEC team in October 2022 as Communications Intern. She holds a Bachelor of Arts in International Studies from the Universiteit Leiden in the Netherlands. As a conservatoire regular and aspiring artist, she is passionate about music and the role that it plays in one’s everyday life. She is set on transmitting said passion and promulgating the crucial role of arts and humanities in education and society as a vibrant source of innovation and creativity. Her previous experience was as an Academic Consultant for the Netherlands Commission for Unesco on Underwater Cultural Heritage, which sharpened her skills in project management, digital design, operations management and social media. Alizée is Belgian and South-African, speaks English, French and Spanish and is willing to improve her Italian and her Dutch. She can be reached via office2@aec-music.eu