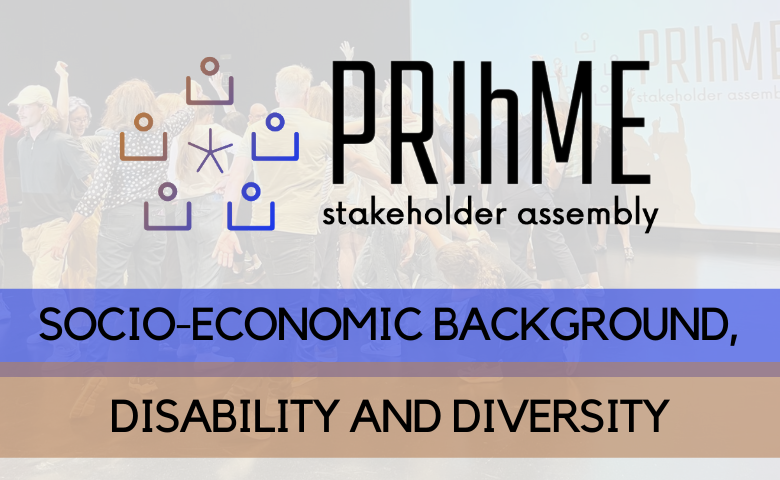 What does it mean to include or exclude? How do we experience privilege? What are the obstacles people face when entering HMEI?

These questions and more were discussed in Musikene, San Sebastian at the end of June by the 50 participants of the Assembly on Power Relations. Two days of discussion and exercises facilitated by Chair Gretchen Amussen and the Assembly Working Group led again to recommendations to the entire sector to address and overcome obstacles and make Higher Music Education a safer and more inclusive environment.

This has been the third Assembly in a series of four assemblies, addressing the themes Power Relations, Gender and Sexual Orientation and now Socio-Economic Background and Disability. The next and final Assembly will be about Artistic Standards.

Are you interested in more, visit the PRIhMe website or teach yourself about the themes this Assembly addressed: