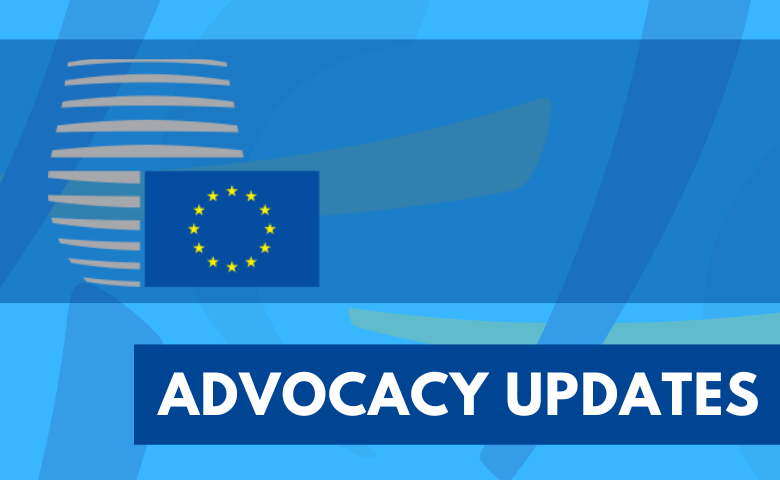 It might be assumed that under the impact of the heat wave and holiday season, AEC advocacy activities would have slowed down a bit in the summertime. But this year, it seems that almost everything is a bit different.

On the 1st of July 2022, the Czech Republic took over the rotating presidency of the EU Council. One of the key questions that regularly arise when it comes to taking over the Council Presidency is: What role and significance does the respective country attribute to cultural policy? Are special actions planned in this regard, such as Germany did (2nd term 2020) with the launch of the New European Bauhaus and Portugal (1st term 2021) with the Porto Santo Charter.

The Czech Republic gained considerable attention so far at least by its unconventional approach to the matter. Right at the beginning of the term, the Cultural Attaché of the Czech Republic brought together representatives of European networks from the field of art and culture and representatives of the EU Council to make them listen to each other, to learn more about the needs and concerns of the sector, but also to trigger a debate on ideas and strategic options for the future.

The topics that came up at this inspiring meeting were not brand new (e.g. the role of culture in society, access to culture and active participation, mental health and wellbeing, integration and social cohesion, the role of digitisation, etc.), but AEC strongly appreciated this idea of ​​first listening to those affected before designing programs and campaigns.

For good reasons, the question of what the war means for our members in Ukraine and for the cross-border cooperation in the Higher Music Education sector has been repeatedly addressed in our recent newsletters. Unfortunately, it looks like this topic will be with us for many more months. It will also be one of the key topics addressed at the two major upcoming AEC events, the IRC meeting and the AEC Congress.

As early as the end of May, the Russian government declared that it withdrew from the Bologna Agreement (‘Moscow Times’ of 25 May 2022) without actually taking the step officially until today. Russia wants to replace the Bologna system which ‘should be treated as a bygone state’, with a new system that ‘better serves national interests’, as Russian Research, Science and Higher Education Minister Valeri Falkov is quoted.

In an article published in the German newspaper Die Zeit on 28 July 2022, Thomas Jørgensen, Director of Policy Co-ordination at the European University Association, also draws attention to the fact that Russia’s attack on Ukraine has not only been questioning, but discarding a so far shared understanding of openness and free movements of knowledge and innovation as a common basis of any trans-border collaboration in the fields of research and higher education: ‘Anyone who thought that more political interest in research was a positive thing, must now face the fact that an increase of political interest in the matter might also mean that excellence in science and research are no more considered top priority in some countries.’ It might be added that if so, this not only applies for science and research, but also for art, culture and education. Thomas Jørgensen further explains: ‘The consensus among European researchers to date: Although there are ethical and political concerns, e.g. in relation to China (especially in areas such as Artificial Intelligence), one can easily continue the globally indispensable cooperation in health and climate research. 24 February changed this dramatically.’

Voices of Culture is a platform implemented by the Goethe-Institut Brussels on which a structured dialogue between the European Commission and the cultural sector is facilitated. This is done by organising debates on selected topics involving a small number of representatives of the sector that are selected on the basis of competitive tenders. The topic of the most recent call was The role of cultural and creative sectors in improving mental health of the youth.

We are happy to announce that the application submitted by the AEC was successful and AEC will now have a seat in the related discussion group that will gather in a series of brainstorming sessions and dialogue meetings with the European Commission. The purpose of these work meetings is to generate project ideas for the cultural and creative sectors and policy recommendations for political decision-makers.

One of the special features of the AEC application was the idea of ​​putting the active participation in the project into the hands of students, in order to give the generation of emerging artists a voice in this important debate.

Outcomes of the 2022 European University call

At the end of July, the outcomes of the most recent call for proposals from the European University Initiative were presented to the public. Out of the 49 eligible applications, 20 European Universities Alliances were selected for financing. Unlike in the years before, only 4 out of these 20 are new alliances, while 16 more have already successfully applied in the past and can now benefit from an extension of the funding term for 3 more years.

Together with the 24 alliances that have been selected earlier and are still continuing, this means that 44 European Universities involving 340 HEIs in 31 countries, including all EU Member States, Iceland, Norway, Serbia, and Turkey are currently funded under the European Universities Initiative.

It should also be mentioned that unlike in the years before, no alliance from the field of higher art education was granted this time. To remind, there was one fine arts HEIs alliance successfully applying in the first round and one from the film and media sector in the second round. The time seems ripe to finally send an HMEI alliance in the running for this programme, which not only has significantly better financial resources than most other programmes, but is obviously also very close to the heart of the European Commission’s key decision-makers.