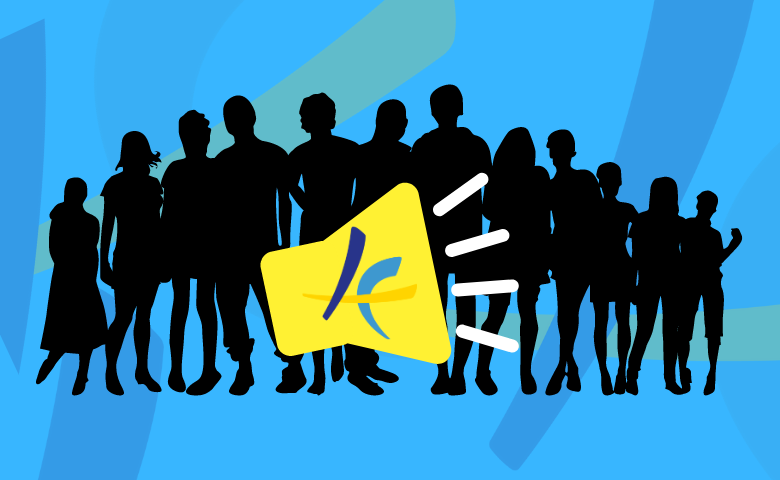 Advocacy in times of pandemic

The good news: on 10 November, after months of dispute between the European Parliament and the member states, not only an agreement was found on the Multiannual Financial Framework (MFF) 2021 to 2027, but at the end of the day the parliamentarians also secured acceptance for their proposal to provide an additional 16 billion € for so-called flagship programs which also include Creative Europe, Horizon and Erasmus +.

The bad news: the delay in launching the call for submitting applications for the upcoming EU funding program round, caused by the lengthy negotiations on the MFF, may still further increase. This might happen because of the veto put in by Hungary and Poland against the rule of law reservation when granting funding by the EU. Hardly anyone in Brussels expects that Orbán and Kaczynski will ultimately prevail with their demands. But these might not only be the proverbial grit in the gears, but also contribute to a further delay in the launch of the programs.

It might be seen as another drop of bitterness in this context that a motion introduced by a group of parliamentarians to earmark a certain percentage of the money from the Corona Recovery Fund for art and culture did not find a majority in the previous meeting of the joint ECON / BUDG Committee (Economic and Monetary Affairs / Budgets). It hence remains up to each individual nation state to decide whether and to what extent money from the Recovery Fund will go to the cultural sector that has been so hard hit by the current epidemic. There are of course countries and governments facing up their responsibilities in this regard in an exemplary manner. But there are also countries in which the cultural sector does not benefit at all from the EU Recovery Fund, which threatens to widen the gap between countries that can rely on a culture-friendly policy and state-supported infrastructure and those which can't.

In the music sector, already at an early stage of the COVID-19 pandemic, special attention was paid to the risk of virus transmission when singing and playing wind instruments. In fact, there is no other way of making music or group of instruments which is subject to restrictions that are as hard as those applying to them, especially when it comes to playing in ensembles. From among our members, we keep hearing over and over again that they have found some solution for almost anything and everything – except for the choir rehearsals. In most cases, these are simply cancelled.

That makes it understandable why already early this year a number of committed colleagues started looking for answers to the question of how exactly the virus is transmitted when singing and playing a wind instrument. The simple answer is: through aerosols, which can easily carry viruses and spread them throughout the room very directed and with a special dynamic when singing and performing on wind instruments. At some of the AEC member institutions, collaborative research projects were launched bringing together medical professionals, virologists, wind players, singers and staff from music health departments. We have already reported on some of these projects earlier in AEC newsletters, e.g. on projects in Parma and Freiburg.

Both institutions, like the AEC itself, joined an international coalition under the leadership of a pool of US institutions, associations and researchers, that investigates the effect of aerosol transmission in the performing arts on the diffusion of the COVID-19 virus. The coalition, in which a large number of sub-projects of diverse size and focus is involved, has now presented a bundle of comprehensive data and interim results. Those are of particular value because they are gathering a huge number of empirical data on the subject which, in total, present an unprecedented level of validity and reliability and from which very specific indications for the planning and implementation of preventive measures can be derived.

We are happy to herewith share these latest results with the AEC membership. The items that have been recently released consist of a written report including the following sub-items:

You can also find here: